BANGOR, Maine – Husson University’s Gracie Theater hosts several major performances each year. Well-known tribute bands, holiday shows, and country singers are often part of the Gracie’s bill. The theater’s 2018-19 show season recently wrapped up with a performance by Black Violin on April 4th. Gracie Theater Managing Director Jeri Misler is busy putting together the lineup for shows in the fall of 2019 and the winter of 2020. Decisions on what acts to pursue for future Gracie shows depend on the success of past performances.

“When I look at a potential act to bring to the Gracie, I consider what has worked well for us before,” Misler said. “We tend to do well with tribute shows where a band will play iconic hits from the past. When people come to a show expecting to hear particular songs they like, it helps sell tickets leading up to the performance.” 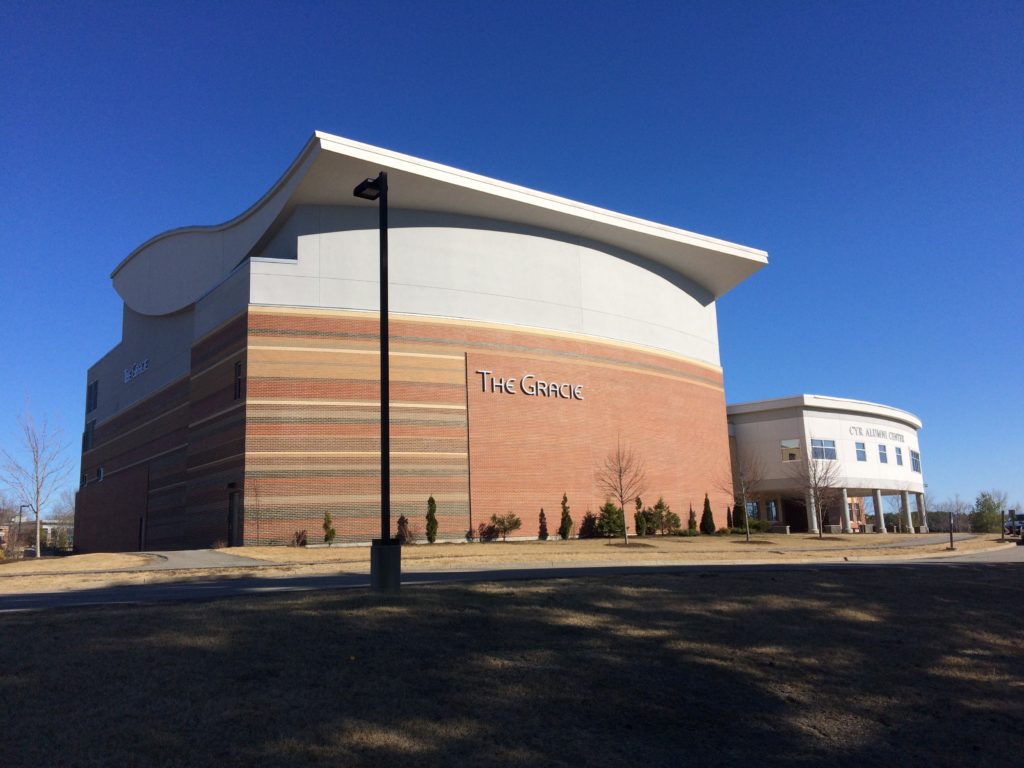 The Gracie Theater at Husson University

The most recent tribute show hosted by the Gracie was Rumours: The Ultimate Fleetwood Mac Tribute on Friday March 22 and Saturday March 23. Well-known Fleetwood Mac hits like “Dreams’’ and “Landslide” helped drum up interest for the show in greater Bangor. Tickets for the first Rumours show sold out in December before the March concert.

“We did very little advertising for the Fleetwood Mac tribute show, but demand for tickets was so high that I added a second [Friday] show the night before the original performance date,” Misler said. “Over 400 tickets sold in advance. The popularity of Fleetwood Mac made this show a real success for the Gracie.”

Other tribute shows help keep the Gracie on the map of the central Maine arts and culture scene. A Michael Jackson tribute concert sold out at the Gracie in the theater’s 2017-18 season. Two Carpenters Christmas shows also brought sizeable crowds into the theater last December. As with the Rumours show, the Carpenters Christmas concerts generated enough ticket demand for Misler to schedule the tribute duo on back-to-back nights. Holiday performances are typically an easy-sell.

“People get into the Christmas mood and they want to come out and hear music in the spirit of the season,” Misler said. “Holiday shows are easy to promote because people know what to expect from performances with a Christmas theme.”

Misler has also had success booking older musicians who had well-known careers in decades past. American soul group The 5th Dimension brought its diverse lineup of R&B, jazz, pop, and light opera to the Gracie stage last year. This five-member group is known for a string of mainstream hits from the late 1960s and early 1970s including “Never My Love”, “Up, Up and Away”, “Wedding Bell Blues”, and “(Last Night) I Didn’t Get to Sleep at All”. Along with Rumours and The Fifth Dimension, Misler lists sunshine pop band The Association as the most notable acts she has scheduled and overseen at the Gracie. The Association is a 6-person group best known for its 1967 Billboard #1 hit “Windy”.

Booking acts to perform in Bangor requires considerable travel. The Spectator spoke to Misler on the phone for this story because she was out of town on business Monday. She attends an annual conference in New York City where she gets a glimpse of potential shows that might be fitting for the Gracie.

“Mostly I’ll go [to New York] and meet with agents to find out who’s going to be on tour and who’s willing to come to Bangor, Maine,” Misler said. “Not everybody has the ability to come up to Maine, even if they would be a great fit for our theater.”

Misler gets the chance to meet some performers in-person at the conference in New York. She looks for interesting, original acts that she will be able to promote in the Bangor region. Another channel for finding potential performers is through an email list from the Arts Presenters Association. Misler is a member of this group which promotes artists going on-tour. Musicians and other acts reach out to her through the Arts Presenters Association and inquire about bringing their show to the Gracie. 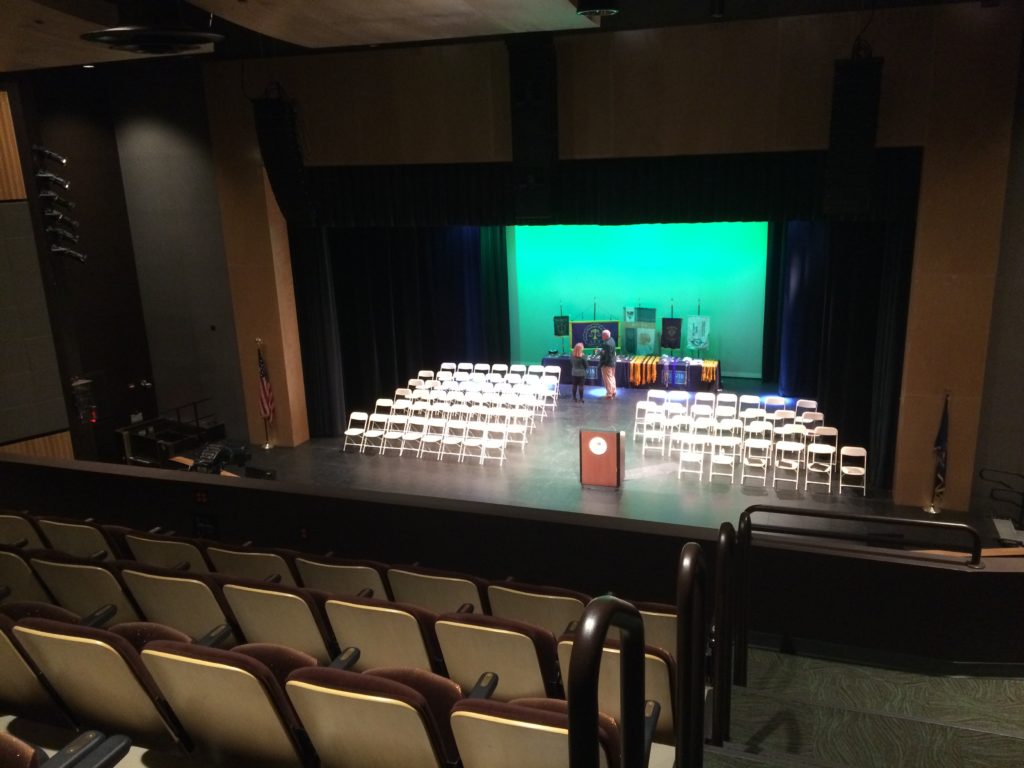 It can be a challenge to promote shows with lesser name recognition. This was the case with Black Violin, who performed at the Gracie earlier this month.

“I had to offer a two-for-one ticket purchase deal for Black Violin in order to sell enough tickets to have the show,” Misler said. “They are an amazing string duo with state-of-the-art effects in their show, but many people do not know who they are so it was difficult to generate interest for the concert.”

NESCom Entertainment Production students serve as the house staff for all of the Gracie’s major performances. Students gain expertise in lighting, sound, special effects, and back of house management (the behind the scenes work of putting on a theater show) when they help Husson’s theater operate.

“We could not have any of our well-known acts without help from NESCom students,” Misler said. “We rely on student’s contributions to put on all of the Gracie’s productions. Without them, we would not have the budget to host concerts and other shows.”

Misler gave The Spectator a sneak preview of the Gracie’s 2019-20 show season. Women of the World, an all-female group featuring international music will appear at the Gracie on October 13, 2019. A band made up of five men who played on the original tracks of numerous classic rock hit records, The Hit Men, will take the Gracie stage on October 19. Rounding out the Gracie’s fall 2019 schedule is a group of female country singers known as Farewell Angelina set to perform on November 9. Exact dates and ticket information for the complete 2019-20 Gracie Theater season will be released in July.