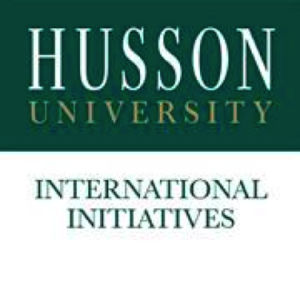 Bangor, Maine – With the end of the semester approaching, the majority of international students at Husson will travel back home. Some of them will not return in the fall.

However, the Swede feels that he is going to keep in touch with a lot of his friends at Husson. “We are lucky that we live in an age where there is social media such as Snapchat, Instagram and Facebook. Because of that, I can keep talking to the people I like at Husson. I am very thankful for that,” Johansson Quartieri said.

Even though Johansson Quartieri feels that it is sad to leave Maine, he is looking forward to the adventure he has in front of him at his Swedish University. “At the same time as it is sad to leave, I am in the mindset that I will meet a lot of new friends back home,” Johansson Quartieri said. “It would be actually quite sad if I did not meet anyone that I liked, haha.”

The Swede is also looking forward to live in the country where he grew up on a regular basis. “When you are away from your home country eight months a year, you realize how much you like the country you grew up in. I have had two wonderful years in the United States, but at the same time I have missed living in Sweden on a regular basis. It will be nice being able to see my family and my Swedish friends every day,” Johansson Quartieri said.

Even though Johansson Quartieri will not return in the fall, he has plans to return to America in the future. “My plan is definitely to return on day in the future. Many of my friends will graduate from Husson in two years, so maybe I will return at that moment,” Johansson Quartieri said. “But if that doesn´t happen, I am sure that I will come back here another time. I have made a lot of friends in the U.S. and I will surely want to meet them again.”