BANGOR, ME –   It may not be concert season, but look no further than the Gracie Theatre for your music fix.

Courtesy of Husson University’s New England School of Communications (NESCom), ‘Overdrive’ is a free concert that will host a plethora of musical talent, all originating from Husson’s student body.

“Live sound [majors] don’t get to do many concerts,” said Paschke. “Outside of the Cashman show [The Nite Show with Danny Cashman], but that’s more of talk show kind of thing. This is a great opportunity to not only showcase musical talent here at NESCom, but to get hands-on experience to hone our live sound knowledge and skills.”

Gaither sees Overdrive as a step in the right direction.

“I want to live off doing what I love, which is music,” added Gaither. “From here, a couple of successful mixtapes could lead to a U.S. tour and hopefully my first major album.” 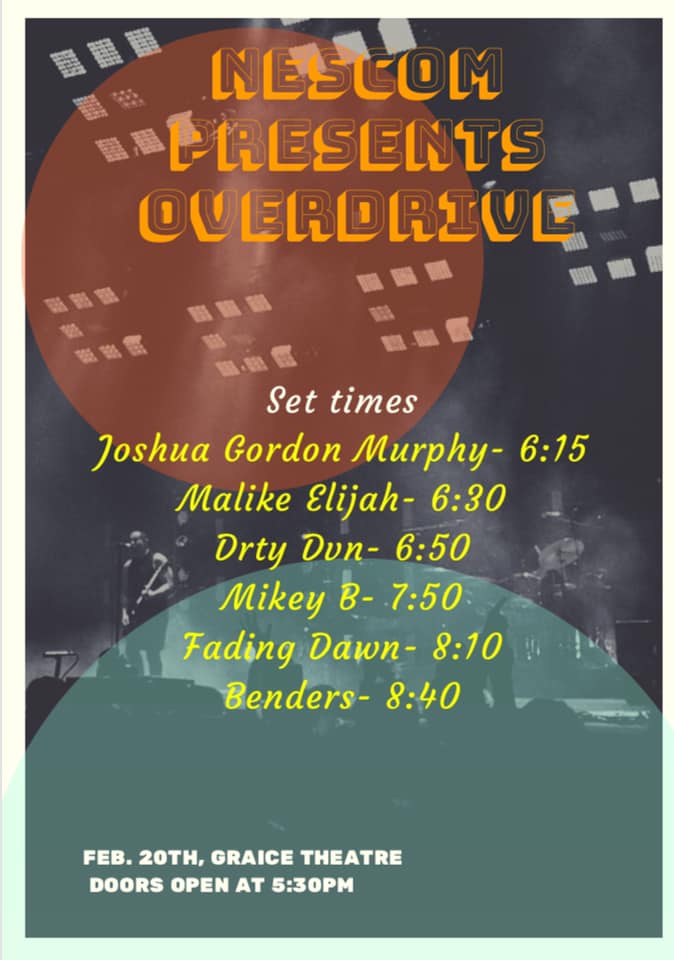