BANGOR, Maine – In May of 2018, Starbucks announced the company will be providing racial bias training for employees, but this issue isn’t just a national issue as it hits home too.

Chance Maximillian Henderson is a sophomore at Husson University, previously part of the web media major program, now transferred and taking part in the video production/graphic design major. Chance catches the connector bus in the morning, comes to school, does his work, and catches a bus home in the evening. He lives with his mother, Priscilla, and his step-father, C.J., in a “run of the mill American home” as he would explain.

Before moving to Bangor, he had never really stayed in the same town for more than six years. Chance was born in California, lived in Georgia for a few years, and finally settled on residing in Maine. He had lived in Bucksport primarily before his sixth grade in his education, which is when he eventually made it to Bangor, the longest place he has lived to date. Chance graduated in the summer of 2017 at Bangor High School with roughly 400 students. He was like every other student; getting honor roll and hanging out with his friends. The one thing that separated himself from everybody was racism.

Chance told me in tears, “Being told what to eat most days was the worst part of high school. Everybody always would ask me about why I am not eating fried chicken and drinking Kool-Aid. It’s like they think that is all I eat, but man I enjoy bacon cheeseburgers.”

“Growing up, I had gotten bullied a bit, but this was my first exposure towards a really hateful place,” said Chance. “Racism really opened up my perspective of people.”

“Realistically, I felt like some comments were being taken too far towards Chance. Some people, even within our friend group, were kind of inconsiderate,” said best friend James Woods.

He explained how an experience like this really shows that people can be a lot crueler than they appear. For a place like Maine that is supposed to show safety, and support to all people, there can be many harsh individuals in our school systems.

In his sophomore year of high school; he signed up for a graphic pop culture class as he needed a fine arts credit in order to graduate, and for his last assignment of the year, he was required to create his very own story, using any form of media of his choice. During that particular year, he had started to see many creators of the online community getting their starts on creating their own series, particularly within the animated genre. As soon as he was given the opportunity, Chance knew exactly what purpose this final project was going to serve. He wanted to be a creator of his own, to get his name onto a project that he could be proud of for years to come. Instead of creating a concept for an animated pilot, he ultimately decided to try his hand with making a comic instead.

“I realized right away that animating in high school would be pretty hard, especially with the timeframe I was given. So, I just wanted to make it easier on myself,” Chance explained the process of creating the project. He knew it wasn’t going to be a difficult challenge because he was writing what he knew. The comic was called “Artists,” and it was centered around his group of friends that shared artistic interests similar to his. He drew the whole thing in four weeks with a new program introduced to him called Sumopaint; which was challenging to learn at first, but after he figured it out everything in life made sense. He realized that a digital form of art was going to be very innovative in his steps into making his artistic career a success.

“The first time in my life; I felt as though I had a newfound purpose in life,” he said in the happiest of moods. Chance had been in a bit of a depression at the time he was getting into digital artwork, because of the hostile environment at his high school. But, his happiness was quickly regained when he realized he wanted to be a digital comic book artist.

“Without that class, I would not be the person I am today,” Chance said. “That class really opened up my eyes towards the world as it helped showed me that racism means nothing when I am able to do something every day that I love to do.”

“Now, I know those stereotypes are wrong because I know my life and my lifestyle,” said Chance. “People started to look at me for who I am and my graphics abilities instead of the color of my skin.” Thanks to graphic design; the racism got to a point for Chance that it didn’t even affect him anymore. He had an opportunity to really let his talents shine when he entered his junior year of high school and began taking a video course at the United Technologies Center in Bangor. Already he was taking a class at a college level, and he was learning all sorts of techniques that would help him with finding new inspiration. 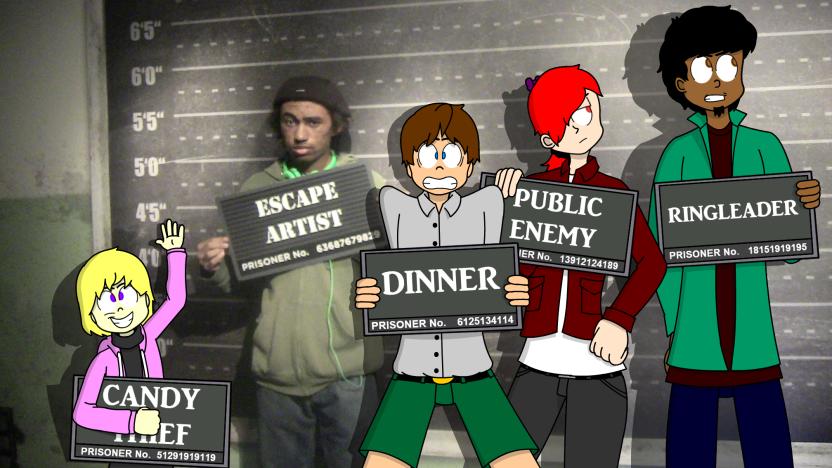 Graphic Made By Chance Henderson

“The comic class helped me get my foot in the door, but it was really the video class that helped me out a lot. I felt like I was actually part of a real team with each project I turned in. I made good friends that didn’t judge me, and supported my ideas,” said Chance, recalling his glory days at UTC. As coincidental as it may seem, there was yet another project at the end of the year that he had a great feeling about making. Throughout his junior year, he had been in the works of creating an entirely new idea that differed from the one he presented the previous year.

“I had a lot of time to reflect on whether or not I actually wanted to continue “Artists”, since I personally enjoyed the idea, but there was a little falling out with some of my friends who didn’t want their likenesses to be part of the project anymore, so I thought about it. Why not just make “Artists” again as a reboot? With a completely new cast of characters and more time to think of a story that will last in a longer format,” explained Chance. Whenever he had free time, he would constantly be drawing and sketching ideas that would form the basis for his new series, but he needed some kind of way to present it to the world, and get people interested.

“Me, and my friend had gotten a quick prompt from our teacher about our last video project. I can’t remember exactly what it said, but all I know is that the main character needed to be named Sean Dunphy, and he needed to say the specific line, “My sources are telling me that this is the end of my career.”, which wasn’t exactly inspiring, but we found a way to make it work!”, Chance said about the creation of his last project. Since he had been working so hard to plan out his steps for his comic, it only seemed logical to make this five-minute video as a companion prequel to the comic itself. He wrote the script to include, and make reference to the two main characters of the series, and in five weeks, he was met with positive feedback from his classmates about the work he and his partner had put into the whole thing.

Chance is currently broadening his horizons to make sure his talent is recognized through all sorts of media. Since that eventful project, he has been pouring his heart and soul into the graphic novel series, which he has affectionately started calling, “Trapped”, where he will incorporate himself as one of the protagonists. In the manner of the legendary Stan Lee using his creations, like the Hulk, to relay the message of himself being a calm person one minute, and a range of emotions the next, Chance will use his character to relay his strengths on each and every page.

“I can’t make the hate go away, but what I can do is bury myself in an ocean of my own happiness,” said Chance. “My ancestors did it when they jumped from the ship because they knew bliss was better than bondage, and now it is my turn to show the world that love empowers hate.”