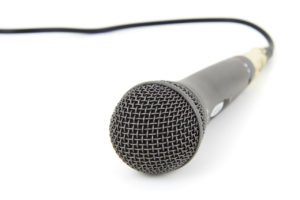 BANGOR, Maine – “The lip sync contest is where several contestants that are students at Husson chose three songs and they get up on stage and sometimes they have… some type of performance planned and they do just that”.

Those are the words of Kris Bridges, co-founder of the Husson Lip Sync Battle, DJ, and lighting director for the lip sync contest at Husson University.

The Husson Student Activities Office is getting set for the fourth annual, Clash of Champions on Friday, April 12th at 9 PM in the Furman Student Center. The winners from each lip sync battle this past academic year will compete for the right to win the Bridges and Sterling trophy. There will be a guaranteed new victor this year becuase the defending champion has graduated.

Bridges says, “If you’ve ever seen the lip sync contest [on campus] you know that some of the performances are just really well done, some of them are very very funny, but all of them are visually exciting”.

There are a total of three rounds; one song per round.

No one gets eliminated at the end of the first round. By the end of the second round, the field of competitors is reduced to two sometimes three acts.

The remaining acts battle it out to win and earn a spot in the finals called, “Clash of Champions”.

“[It] is the grand finale… If you win any of the five lip sync battles throughout the year. You are automatically qualified for the Clash of Champions at the end of the year.” said Sterling Pingree, Husson University Student Activities Coordinator and co-founder of the Husson Lip Sync Battle. 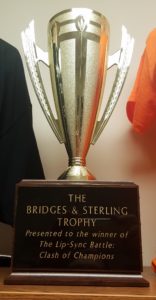 The winner of the Clash of Champions is awarded the B.S. trophy.

The B.S. stands for Bridges and Sterling. When asked about why that name was chosen, Sterling said, “It is the B.S. trophy. He’s [Bridges] just more important so we put his name first; not, well, the acronym sounds better too.”

It is hard it is to win just one contest before you even get to the Clash of Champions, let alone win it.

“It’s so close [the competition]. Students always end up bringing it,” said Pingree.

The competitive nature of the contest forces students out of their comfort zone.

“The lights hit, the music plays and you, you know, do things that you would only do in front of a mirror or in front of your dorm room,” said Pingree.

It takes a lot of guts to perform in the lip sync battle.

While performing forces students out of their comfort zone, it’s also great for relieving stress for the audience watching. Especially with the end of the semester approaching and assignments starting to pile up for students. 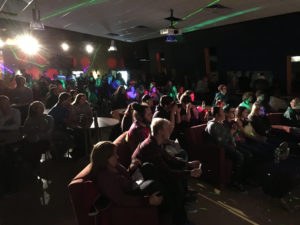 “[It] relieves stress just by ya know, it’s an entertaining show and ya know, you’re gonna get some laughs out of it,” Pingree said.

The Husson Lip Sync Battle is more than entertainment or a way to go outside of your comfort zone. It gives all students a chance to meet new people and make friends.

Attending the lip sync battle is a great opportunity for students not from Maine to socialize.

There will be a new champion on April 12th and they will have their name emblazoned on the Bridges and Sterling Trophy for years to come.