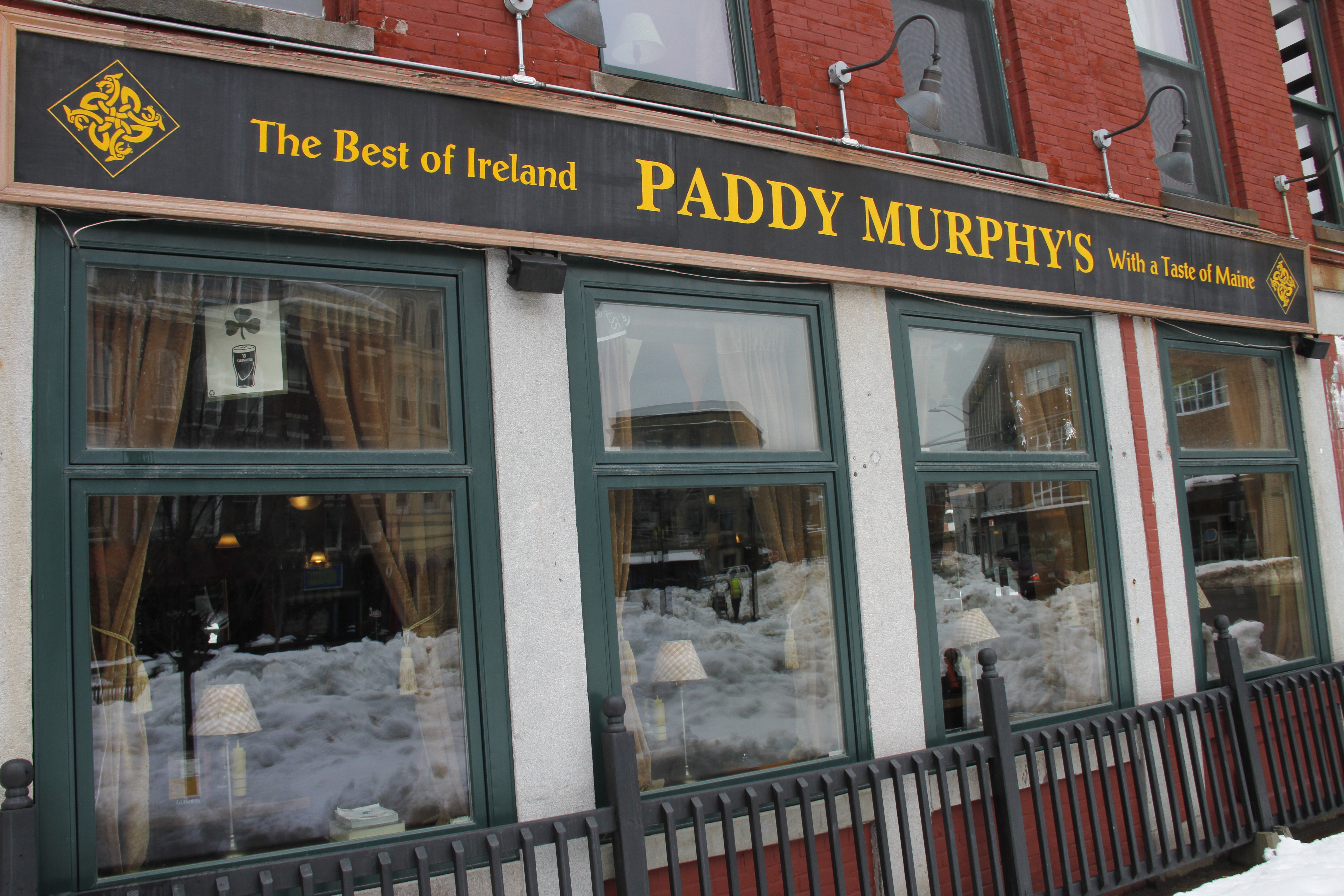 BANGOR Maine – Tomorrow, several people in the area will celebrate St. Patrick’s Day. Some people will start at six in the morning drinking beverages, jamming to live music, and eating food.

“It is a great reason to celebrate Irish heritage and party, said local Irish pub owner John Dobbs. “People like to wear different clothes and wear the green beads.”

I asked a group of Husson students what St. Patrick’s day meant to them. “drinking” was the resounding answer. According to National Retail Federation, the holiday is most popular to those aged 18-24. 149 million U.S. adults are expected to spend around $40 per person, with 41% of those people purchasing beverages. 27% of people celebrating will attend a party at bar/restaurant.

For Dobbs, it is a little different. “People who celebrate St. Patrick’s day are not looking to get obliterated.”

“I went to Ireland [for the 1st time] on my honeymoon and wanted to recreate what I saw in Ireland,” said Dobbs. “A family place that is warm, inviting, and comfortable.”

Saint Patrick’s day is celebrated in the observance of the death of the patron saint of Ireland, St. Patrick. It started in the 17th century as a religious feast day in Ireland and has evolved into a festival day across the globe. “In Ireland, it was more of a Thanksgiving, lowkey type of day.” said Dobbs. “It turned into a celebration of all things Irish. Now, in Ireland, it is just like it is globally.”

At Paddy Murphy’s, there will be live music all day starting when doors open at 6 a.m. Paddys will also be offering Scotch Eggs as they have in the past.

Being open from 6 a.m. to 1 a.m., Paddy Murphy’s had to do plenty of preparation said Dobbs. “Falling on Saturday, it leaves a to busy weekend rather than just one day,” said Dobbs. “On my selfish side, I feel like we should be the epicenter of all things Irish. On the other hand more options in the area allow for everyone to get in somewhere.”

If everyone has a place to go, more people will go out to eat said Dobbs. Other local Irish pub Geaghan’s Pub and Craft Brewery will open its doors nine with live music starting at 9 a.m. Geaghan’s is located next to Hollywood Slots and across from the Cross Insurance Center.

With 24 kegs of beers sold last year, I asked Dobbs about his policy for those who might have one two many. “We don’t see out of controlled drunks on St. Patrick’s Day,” said Dobbs. “I feel we have a safe, warm, and comforting environment. In Ireland, pubs were family placed with 20 somethings, middle aged, and elderly alike. If it does get to that point I feel patrons police other patrons.”

Paddy Murphy’s does not offer cheap low end beer that those looking to get drunk usually buy said Dobbs.

“It is just not that place.”