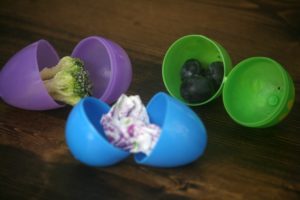 BANGOR, Maine — This year, Religious holiday Ash Wednesday came on Valentine’s Day. Easter this year, takes place on April 1st, also known to jokesters as Aprils Fools day. This is the first time this occurrence has happened since 1945. In 1956 Easter and April Fools day aligned. Will and when will these occurrences happen again? How does this happen? What does it mean?

The Christian 40 day lent period starts on Ash Wednesday and leads up to Easter. With not 40 days between February 14th and Easter on April 1st, it brings many questions as to how the holiday aligned with the other holidays.  The 40 days does not included the three holy days before Easter or Sundays. In total, it adds up to six days which means that there are 46 days between Easter and Ash Wednesday said Father Anthony.

Sure enough, there is 46 days between April 1st and February 14th.  Easter lands on the first Sunday after the first full moon occurring on or after the spring equinox. It’s always between March 22nd and April 25th. To pinpoint Ash Wednesday, back up six weeks and four days from Easter.

In 11 years in 2029, Ash Wednesday with Valentine’s day, and Easter with April Fool’s day will align again. A 72 year break followed by just an 11 year break. It is all in having the numbers align said Father Anthony. Leap Years and full moon schedules cause the difference between waiting 72 years, or just 11 years said Father Anthony.

Valentine’s Days and Ash Wednesday aligning this year is “fitting” said Father Anthony. “It is a day of our love. Jesus showed love to people and his father after being tempted.”

“I had a friend who came to CRU with the Ash cross on here forehead because she had gone to a service.” said President of Husson’s religious club known as CRU, Savannah Dow. “She came to CRU and went on a date later with her boyfriend. I think you can do both of those things. It is the best of both worlds.”

“I think we can do more than one [holiday],” said Dow. “ Sort of like with Christmas, I grew up believing in Santa but also learned about Jesus’s birth.”

Easter Sunday is a celebration of the resurrection of Jesus. “For a lot of Christians, April Fools will be the last thing on the minds,” said Dow. “For me April’s Fools day is nothing different than National Puppy Day. I am not upset about it.”

April’s Fools Day origins remain a mystery. Some historians attribute the day to back to France in 1582 after their New Year’s day moved from that date to January 1st.  Some people in France failed to recognize the date change and become to butt of jokes on April 1st.