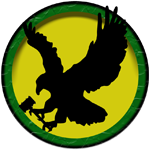 BANGOR, Maine – As the Spring semester comes to a close at Husson University, a new election will take place to determine who will sit on the Student Government Executive Board for the 2019-2020 academic year.

The Executive Board is responsible for governing and guiding clubs at Husson University as well as keeping track of their budgets and rosters. The Executive Board also supervises Student Senate and helps Senators with projects they may embark on, which thus far have including things like making Husson a non-smoking campus, advocating for extra lights in dark areas of campus at night, and adding printers in the main lobbies of residence halls for the convenience of students living there.

Voting will take place Tuesday, April 16th and Wednesday, April 17th in the Campus Center as well as the Dickerman Dining Center. Any student at Husson University will be able to vote as long as they provide a Husson I.D.