By Bryan Sidelinger- On Wednesday, a Maine legislative panel approved a bipartisan deal on a paid leave proposal that had been watered down by Democrat. The deal was welcomed by business groups hoping to avoid a referendum from progressives on the issue. 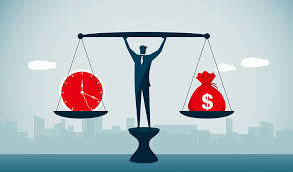 It’s slated to be the first major legislative accomplishment under Gov. Mills and the Democratic Legislature and would apply to 85 percent of Maine’s workforce. The effort had been at risk of failure due to potential Democratic holdouts in the Maine Senate.

The bill was originally sponsored by Sen. Rebecca Millett,  a democrat from Cape Elizabeth, and started as an effort to mandate paid sick leave and already applies to some workers in Maine, albeit a small group. The original bill would have applied to businesses with more than five employees, and would have guaranteed general earned paid leave for any reason, applying to 91 percent of Maine’s workforce.

The new version would apply to workers at businesses with more than 10 employees for more than three months in a year. Employees of such businesses could accrue one hour of leave for every 40 hours worked up to a maximum of 40 hours. Towns and cities would also be barred from enacting their own paid leave laws under the proposal.

The watered down version of bill went through two revisions from the Legislature’s labor committee and was endorsed by all but one Republican and one Democrat on the panel It will now move to the Senate and House of Representatives for votes.

If it passes with simple majorities in each chamber, the bill would take effect in 2021.

In an interview with The Portland Press Herald, Greg Dugal, the executive director of Hospitality Maine, said “Ultimately, at the end of the day, there was the specter of the referendum and we needed to try to get the best possible deal moving forward that we could.”

Taryn Hallweaver, the Maine People’s Alliance political director, said the framework of the bill is “quite strong” and would allow workers to deal with “sickness, family emergencies or whatever comes up in life.” She took issue with the pre-emption, however, saying a new law should be “a floor and not a ceiling.”

Rep. Mike Sylvester, D-Portland, the panel’s co-chair, and Rep. Larry Lockman, R-Bradley, were the two dissenting votes on the committee. Sylvesters issue was with the provision barring cities like his from making their own leave-laws, while Bradley simply outright opposed it.