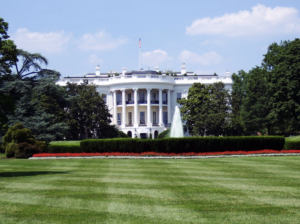 Washington, D.C.- House Democrats set April 23rd as the new date for the IRS to hand over President Trump’s past tax information days after they missed their original deadline of April 10th according to CNBC.

When the Treasury Department (which oversees the IRS) failed to turn over Trump’s tax returns by the early April deadline, Secretary Steven Mnuchin said Democrats’ demand represented an “unprecedented” move that raises questions about the scope of Congress’ “investigative authority” and lawmakers’ “legislative purpose.” (CBS News)

Representative Richard Neal (D- Mass.), The one who originally filed the request to the IRS for the information, says that “he would deem the Treasury Department’s failure to comply with his deadline a ‘denial’ of his committee’s request”, according to multiple news outlets.

When Trump was a candidate in 2016, he did not disclose tax information before the election, being the first to do so in over a decade. He stated that he could not release that information because they were still under audit; But according to the IRS there are no such rules that bar anyone from sharing tax information while under audit.

Monday Trump’s attorney, Will Consovoy, wrote in a letter on addressed to the Treasury Department’s general counsel “Congress has no constitutional authority to act like a junior-varsity IRS, rerunning individual examinations or flyspecking the agency’s calculations.” (CBS News)

In an attempt of transparency, according to The Washington Post, Democratic candidates for the 2020 presidential race have released their past tax return records. As  Jenna Johnson says in her article:

“But that openness also invites judgment, most recently about the level of charitable donations by those seeking to lead a party which has taken a sympathetic approach to the needy and criticized Republicans for failing to support them. While many Democratic candidates and the voters who support them are alarmed by attempts to turn government responsibilities over to nonprofits and charities, donating to charity has long been considered a civic duty.” (Jenna Johnson, The Washington Post)

As the April 23rd deadline for the IRS approaches, there will be many approaches by the Democrats if the IRS does not budge. Whether President Trump is hiding anything or not- That deadline of April 23rd will be an important date in the House.

Maine Taxpayers may be Funding Abortions by 2020