BANGOR – In 2016, Robert Cohen, a senior fellow at the Economic Strategy Institute, predicted that within the next 15 years, as many as 25 million jobs will be created, thanks to technology.  (Fortune, 2016).  While many others, including researchers from Oxford, suggested that nearly half of today’s jobs will be computerized over the next 20 years, Cohen has a much more positive outlook on things.  Cohen’s figures account for jobs he assumes will be taken over by automation and still believes the net gain of jobs will still be around 15 million.  While Cohen predicted most of these new jobs would focus around computer programming and data analysis, the evolution of technology is also having a huge effect on small businesses.

Alicia Allen is a student at Eastern Maine Community College who says without technology, her business would still just be a hobby.  Allen lives on a remote island off the coast of Maine and relies on multiple websites and social media platforms to run her photography business.  “I use social 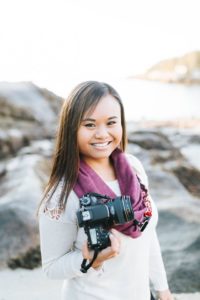 media platforms such as Facebook and Instagram to share my client’s photos and post ads of upcoming deals I’m offering.”  Allen says she has gained a lot of cliental just from her clients sharing the photos she’s posted of them, which then spreads her name and her business to all of their Facebook friends.  Facebook also allows her to be in contact with over 50,000 other photographers all around the world.  “We create “groups” of photographers who are total strangers and we share our work and give and receive feedback on our work.  It’s a great feeling knowing if I ever need help, I have so many people to reach out to,” Allen stated.  “Recently I discovered that many successful very busy photographers get easily overwhelmed with the workload they carry.  These photographers contact others to outsource part of their workload,” Allen added, “I have extended my offer for photo editing services to other photographers and have been extremely successful income-wise through this process.”

With the invention of the internet and the creation of new technologies within it, business possibilities are endless.  Many brilliant people who may not have grown up in the technology area need help promoting their businesses in these mediums.  Businesses who were already established, as well as new businesses today still trying to get their name out, are trying to find ways to market themselves via social media which is creating jobs for millennials or other tech savvy people.  Technology brings people together and it allows for collaboration with some highly intelligent people in your field from all over the world.  And as Allen quotes, “We photographers always say community is better than competition!”