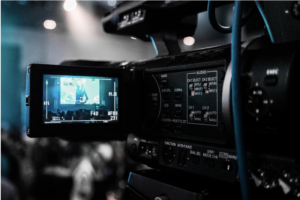 Chicago, Illinois- According to a Tweet from the Star Wars Celebration Event confirmed the appearance from J.J. Abrams, the director of the three newest Star Wars films. The tweet reads:

“This is the panel you’ve been waiting for! Don’t miss the Star Wars: Episode IX panel with director @jjabrams at #StarWarsCelebration Chicago!”

The short video that is attached to the Tweet features beloved Star Wars character Chewbacca and shows the number nine in the iconic roman numerals.

It is rumored and highly anticipated that during this appearance the title of episode 9 and the first trailer will also drop. The film isn’t released until December, but that does leaves a lot of time for speculation and conspiracy theories if in fact the trailer is shown in early April.

Episode 9, the last film in the Star Wars sequel trilogy, is probably the last numerical Star Wars film that will be made, so expect the film to not only wrap up the trilogy, but the entire numerical film franchise. Since Disney took over, they have released a number of ‘expanded universe’ films, such as ‘Rogue One’ and ‘Solo: A Star Wars Story’.These will probably be continued to be made, as to reveal more of the seemingly endless Star Wars universe. But according to Lucasfilms’ president Kathleen Kennedy, don’t hold your breath on any new Star Wars movies to be made soon after 9.

In an interview with Entertainment Weekly, after episode 9, the company may take ‘a bit of a hiatus’. There is hope yet though, with Kennedy adding this to the interview:

“Yes, absolutely. I think that that’s absolutely on the horizon,” she said. “We’re looking at whether we can move massively in one direction of the other. It’s still Star Wars, and holding on to the DNA of what George created is still very important to us I think this is a huge opportunity to step into the galaxy in a little bit different part of the timeline.”

Is it possible that we see a movie set even further back in the past, even predating the three prequels? For now, all we can do is speculate; and binge-watch Star Wars, of course.