Buy a bag of popcorn, relax, and enjoy the show! Shazam! is making its way to the big screen on Thursday, April 4th. “We all have a superhero inside of us — it just takes a bit of magic to bring it out. In 14-year-old Billy Batson’s case, all he needs to do is shout out one word to transform into the adult superhero Shazam. Still a kid at heart, Shazam revels in the new version of himself by doing what any other teen would do — have fun while testing out his newfound powers. But he’ll need to master them quickly before the evil Dr. Thaddeus Sivana can get his hands on Shazam’s magical abilities, ” (IMDb). 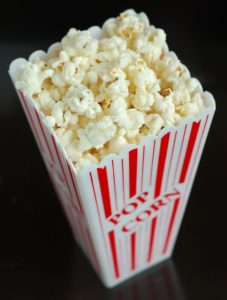 This is the 32nd installment of DC films produced by the Warner Brothers. Swedish filmmaker David Sandberg directed this upcoming movie. He has also directed Lights Out and Annabelle: Creation.

American actor Zachary Levi stars as Captain Marvel, otherwise known as Shazam by most superhero fanatics. Levi has appeared in a plethora of movies over the years. He played Chuck Bartowski on the hit TV series Chuck, which ran from 2007-2012. Then, he starred as Fandral in Thor: The Dark World and Thor: Ragnarok. Some people might remember him voicing the role of Flynn Rider in the Disney film Tangled. Other actors include 16-year-old Asher Angel, Grace Fulton, Djimon Hounsou, and Mark Strong.

Most DC fans are looking forward to seeing Shazam! in theaters. Some people say it seems lighthearted and funny. Others are interested in seeing a new superhero introduced to the cinematic universe. Ashley Slack, a patient care coordinator at Rehab Associates of Central Virginia, was captivated by the Shazam! promo.

“The humor between the characters was goofy and they aren’t as intense as heroes like Batman,” Slack said.

This film was rated PG-13, but Slack believes it’s appropriate for kids to see as well.

“I think anyone can enjoy it because it has childlike humor but also adult issues such as foster care and bullying,” Slack said.

Bullying and foster care are two relevant topics in society today. Most students are victims of bullying at schools for a variety of reasons. Shazam! allows these people to address those adult issues and learn how to deal with them or improve their current situation.

For those interested in seeing this film, they can purchase a ticket at their local cinema. There are options online for buying movie tickets as well. Fandango is a popular online site that allows people to buy a ticket. If they want a ticket in advance, this website is the place to go.

Critics say this is a must-see movie of the year.

“This refreshingly delightful, lighthearted entry in the DC Extended Universe has enough charm for the whole family thanks to standout performances, broad humor, and positive messages,” said Common Sense Media movie reviewer Sandie Angulo Chen. “Considering the angst of most previous DC-based thrillers, this one is downright adorable, despite occasional moments of darkness. Angel and Grazer have a brotherly chemistry that Levi replicates with Grazer when he’s Shazam.”

She believes this movie is fitting for a variety of demographics.

“The storyline offers a rare look at a loving, stable foster family that consists of encouraging parents Rosa (Marta Milans) and Victor Vasquez (Cooper Andrews) and a diverse house full of kids, from college-bound senior Mary (Grace Fulton) and gaming enthusiast Eugene (Ian Chen) to quiet Pedro (Jovan Armand) and adoring/adorable young Darla (Faithe Herman). Billy, who resents being a foster kid, may not see how amazing this family is, but audiences will,” Chen said.

Shazam! is a great movie for friends and family to watch at the cinemas.